Overview of the Sirius Upland (Hotel and Resort) Project Components

Although not part of the Army Corps permit application, the Sirius project includes an extensive upland hotel development.  Built on land behind the Guy Benjamin school and on the Coral Bay ball field, the development includes an 89 unit hotel complex, outdoor swimming pool, retail stores and a new ball field.  The proposed hotel, resort, and ball field was shown to the Coral Bay community in November 2014, and assuming the plans haven’t changed since then, it looked like this (artist rendering of aerial view): 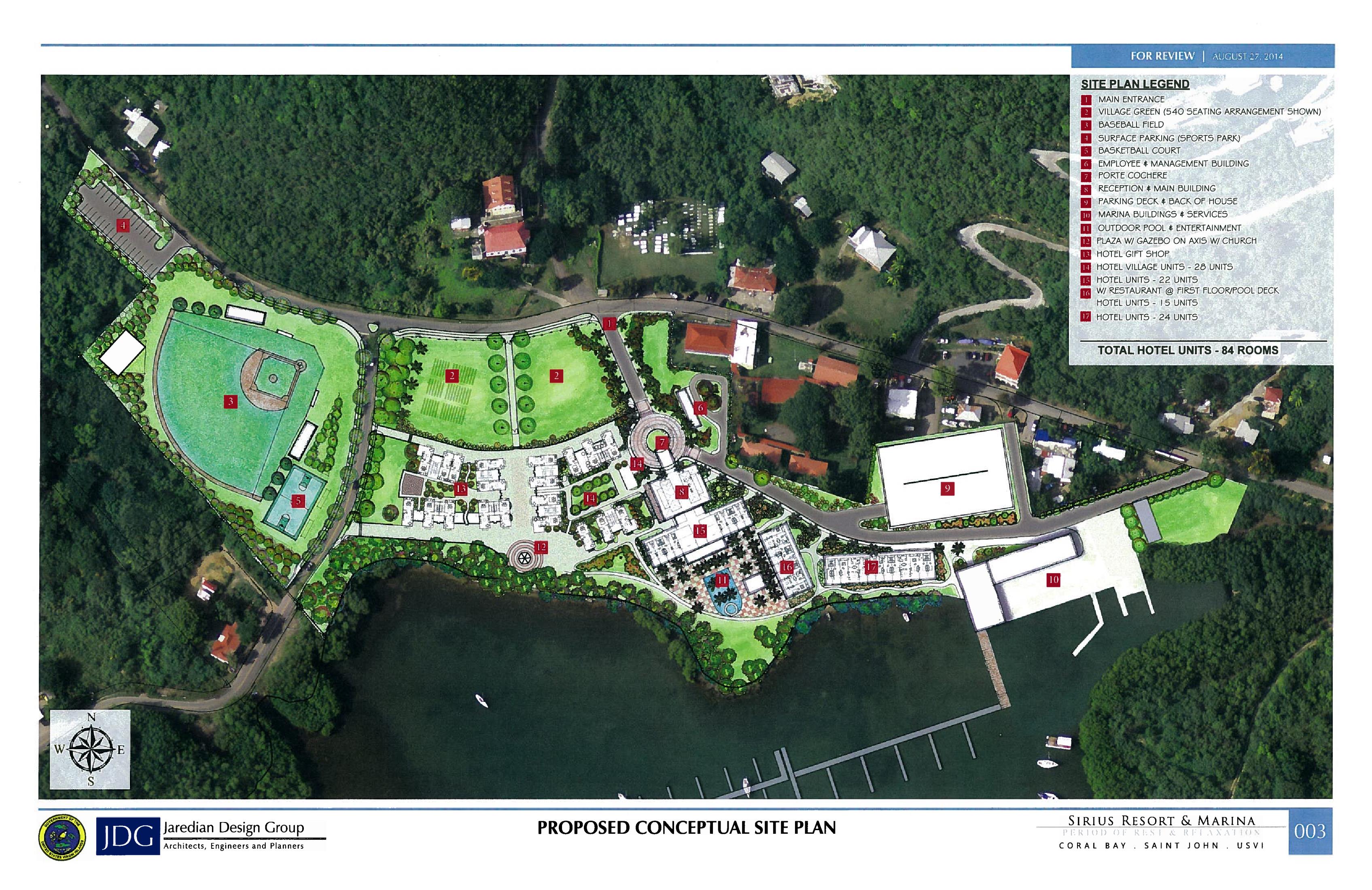 Recognizing that the loss of the view over the ball field would not be well received by members of the Emmaus Moravian church, the architects made an adjustment in their plans and provided a sight line down the center of the development so at least a portion of the water could be viewed unimpeded by buildings.  They provided this rendering to make that point: 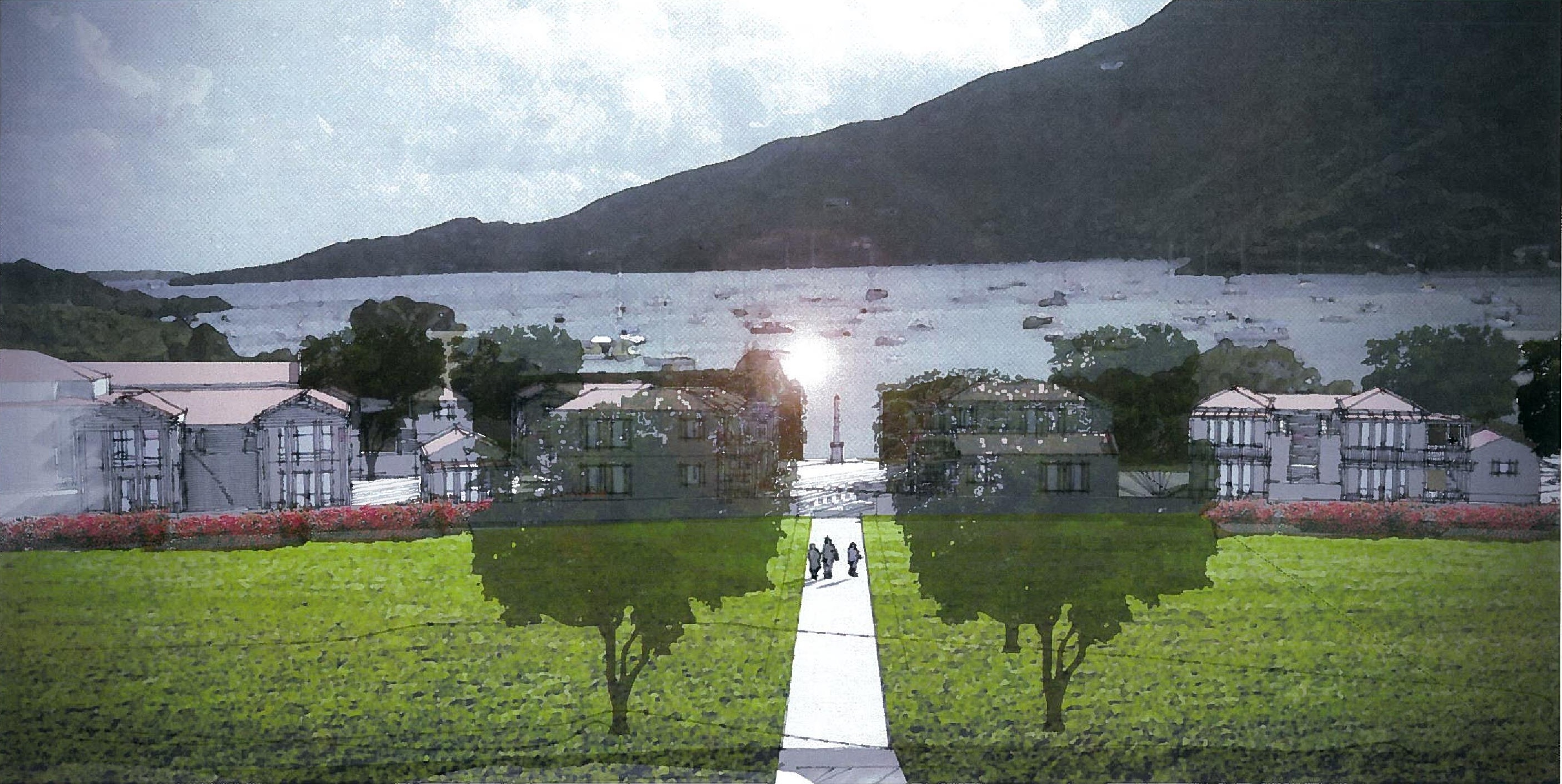 We have constructed several views of the hotel portion of the project in an effort to show what it will really look like from the road or from the vicinity of the church.  These images are based on our best available information regarding building design, elevations, and location.  This is the view from the road alongside the ball field.  Because of the lower elevation of the roadway, the two story hotel units will completely obscure the view of the water from the road. 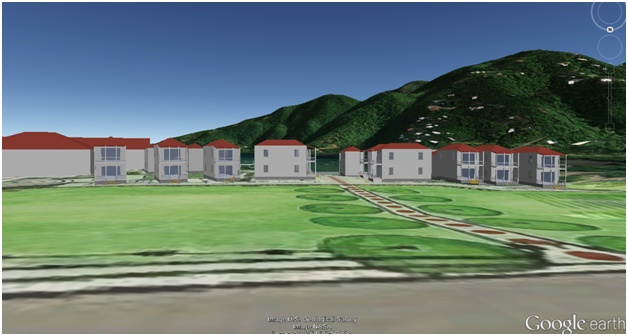 This is the view from the front of the church property.  At the slightly higher elevation of the church it will be possible to see the water over the rooftops of the hotel units, however the dominant feature offshore of the hotel will be the proposed marina (not shown below). 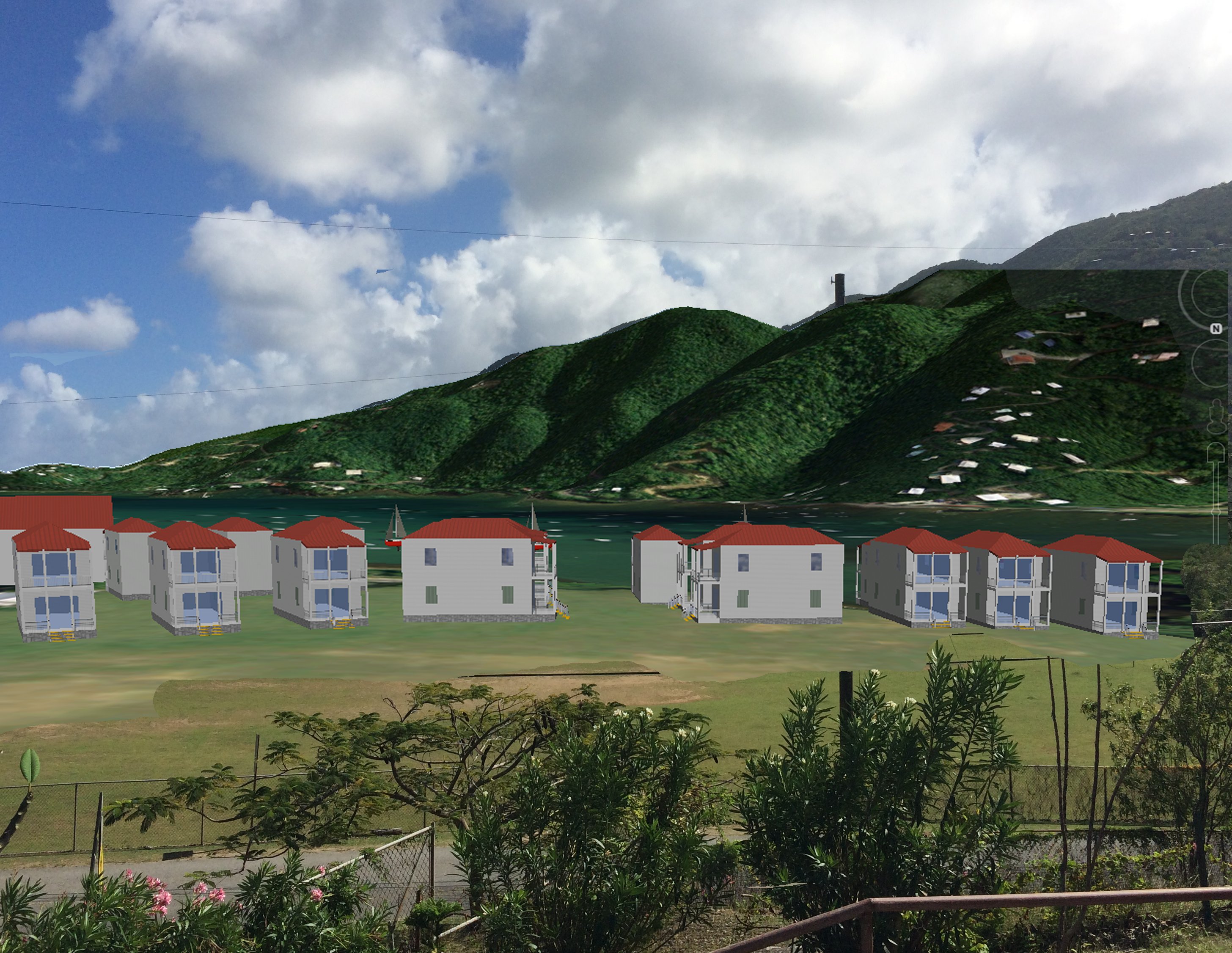 And an aerial view of the entire project site with the artist’s drawing of the new ball field: 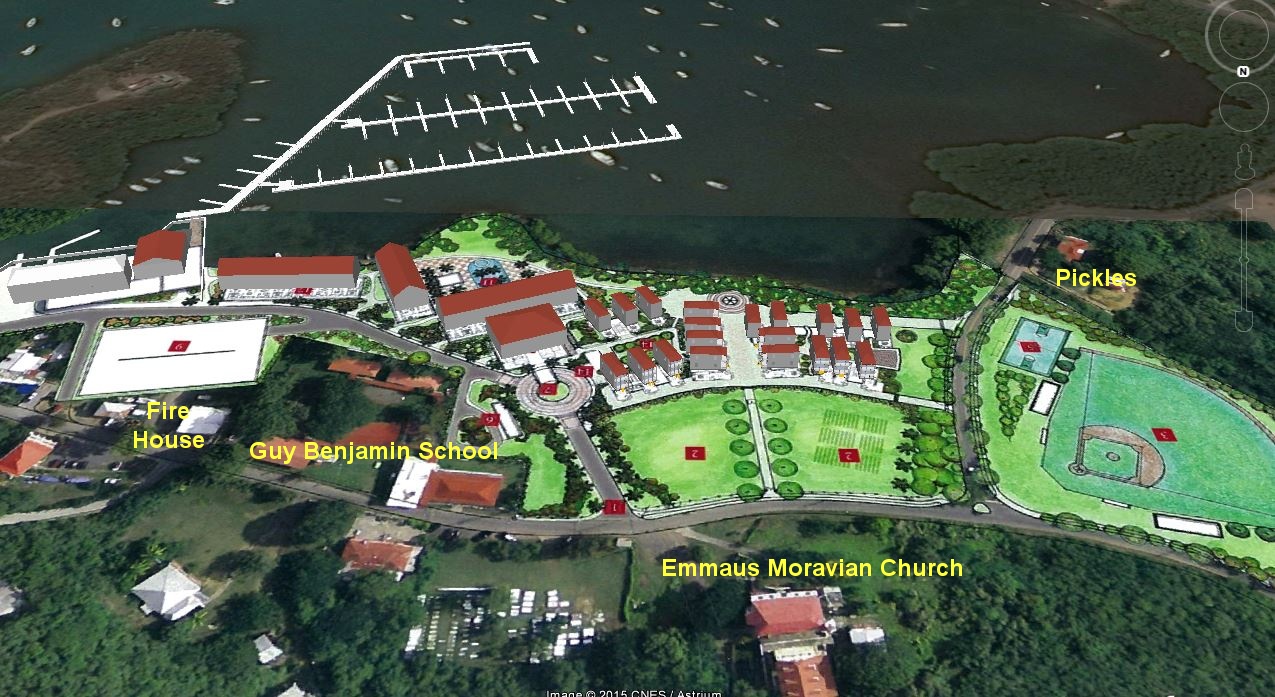 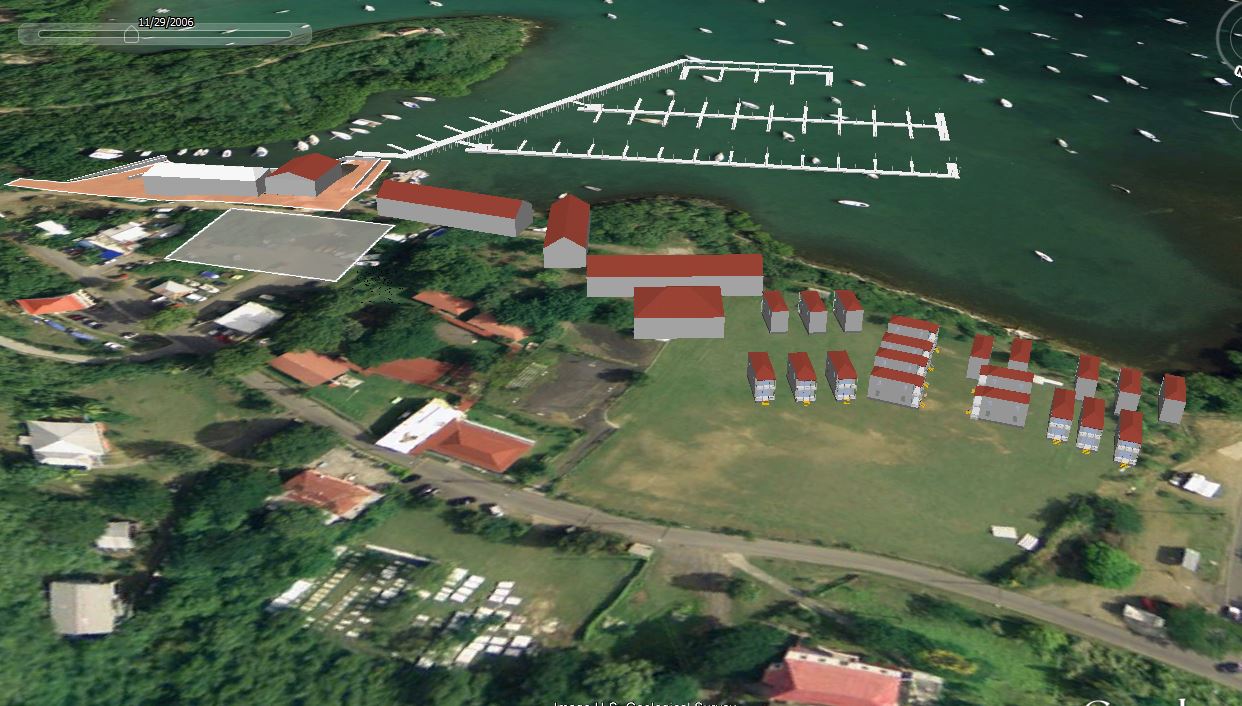 It is apparent from these images that the 89 room hotel/resort complex would become the dominant feature of this central portion of Coral Bay.  The economic viability of such a fundamental transformation of land use needs to be carefully considered, and we will be providing testimony to that effect during the rezoning hearing, once scheduled.

The purpose of this overview was to provide a complete picture of the proposed development project.  The Army Corps is technically only concerned with the marina project and its associated infrastructure, however the developer has told the community that they would not build the marina unless they receive permission to also build the hotel.  They claim that the marina is not economically viable on a standalone basis.  So, when considering the impacts of the marina one must also be cognizant of the larger picture, of which it is a part.

On the next page we list a number of topics which either have not been addressed in the project documents, or which require further investigation in order to scientifically evaluate the potential impacts of the Sirius Marina and Resort project.