The articles and images below document the illegal wetlands filling which took place at the north end of Coral Bay Harbor in 1973 and 1974.

Although Centerline Road into Coral Bay was originally constructed in the early 1950’s, it suffered severe damage from torrential rains in 1969 and 1970.  The road was reconstructed after that damage (see article by Eleanor Gibney here – http://stjohnhistoricalsociety.org/losing-ground/ ) and during the reconstruction a large amount of fill was illegally placed behind the current Skinny Legs restaurant.  The image below shows the northern end of Coral Bay Harbor in 1954, before any fill operations had taken place: 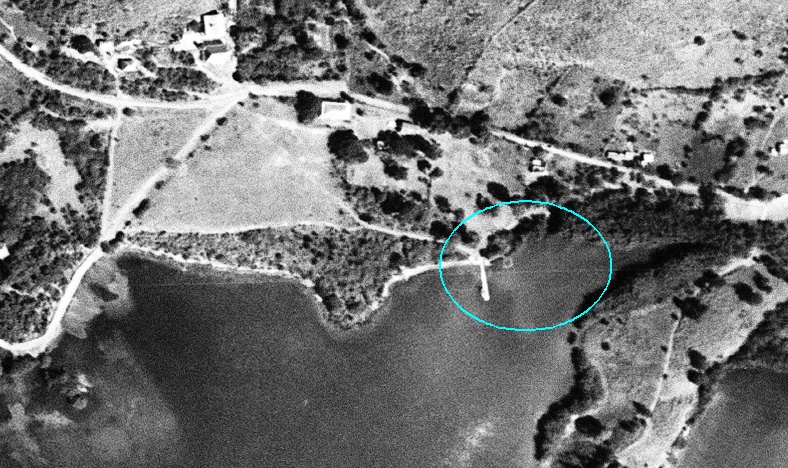 As can be seen in the image above, the shoreline east of the historic dinghy dock formed an indentation to the north and was fringed by mangroves.  Here is that same area as it exists today, after the illegal fill operations of the 1970’s had been conducted.  The area shaded in turquoise is all filled wetlands. 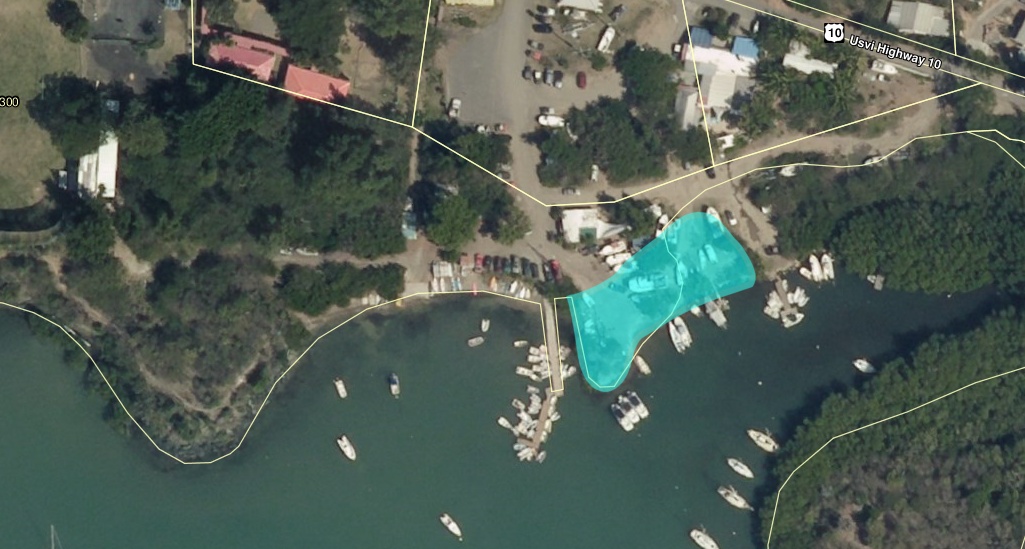 The story of the wetlands fill was reported in the Virgin Islands Daily News in 1973 and 1974.  Here are a few articles on the subject from that time period: 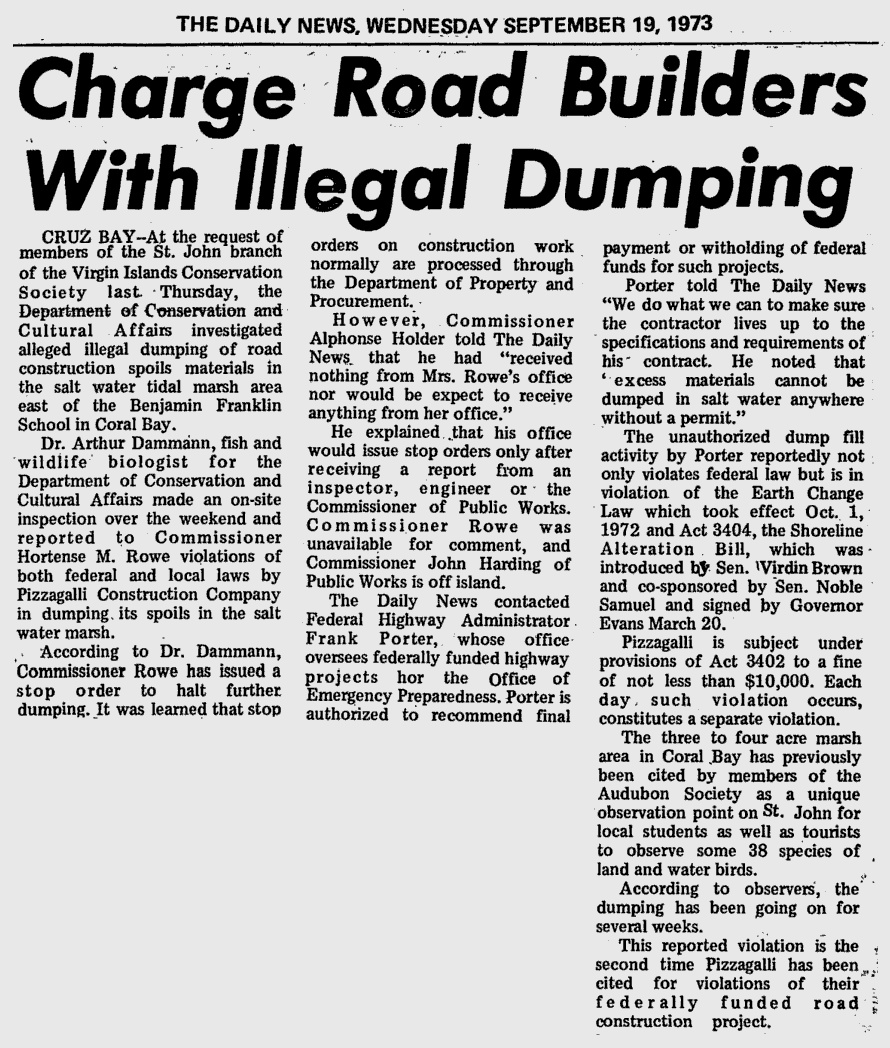 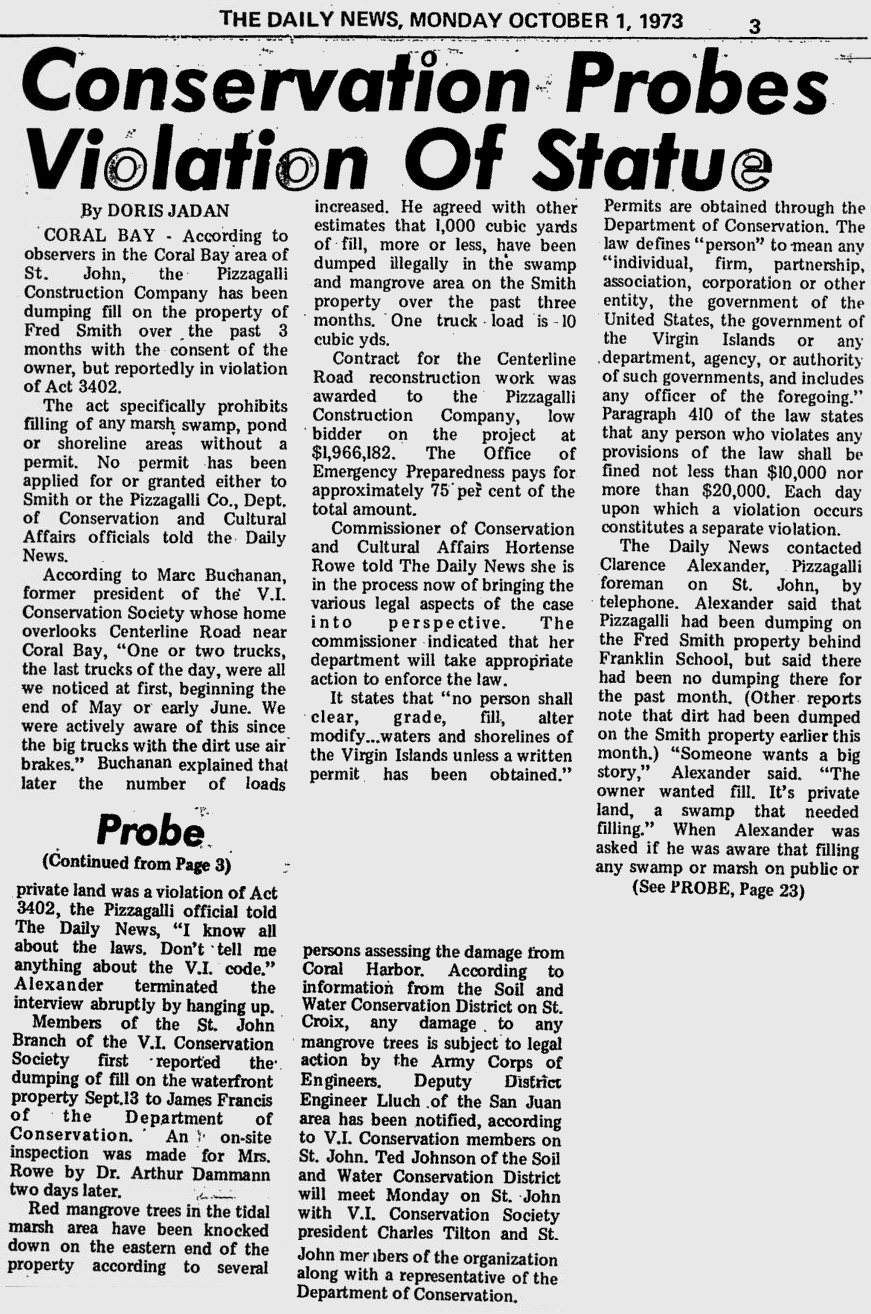 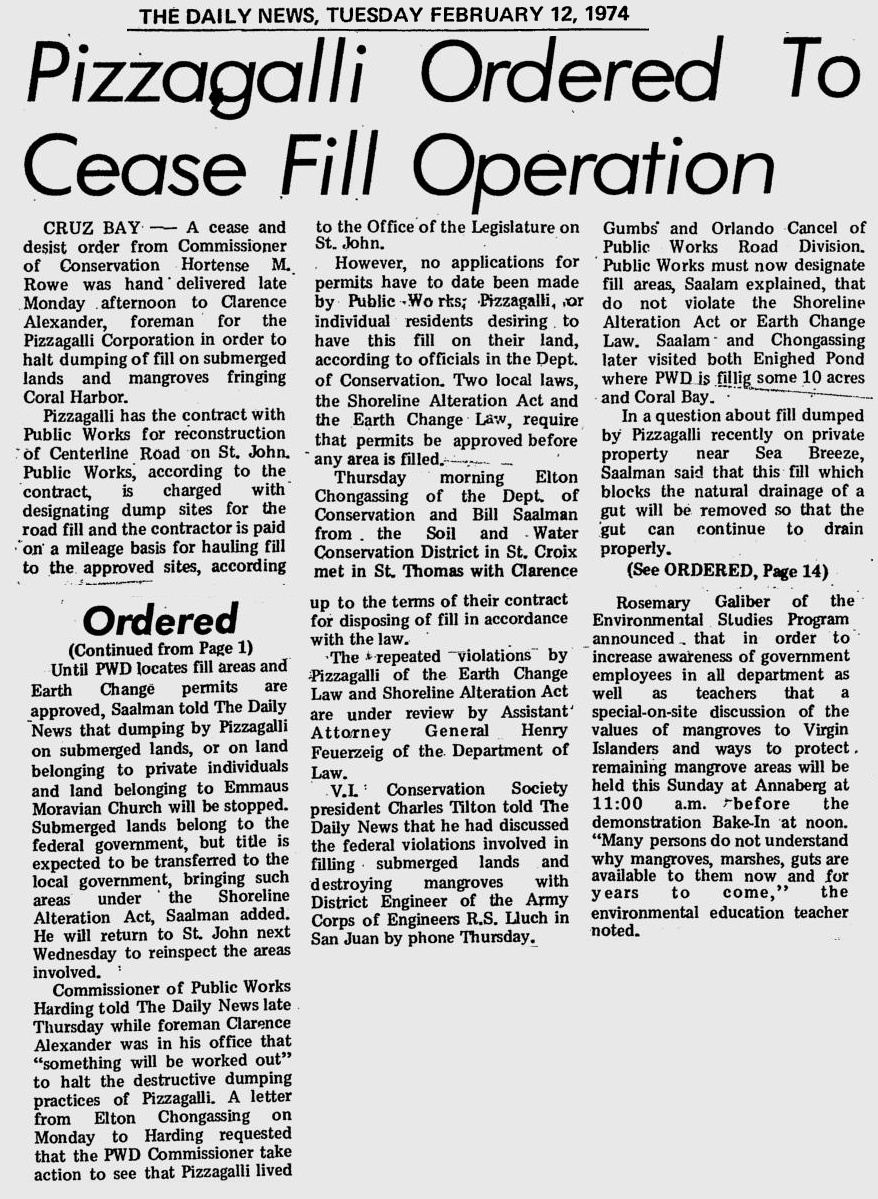